Faster Web Hosting Since 2002
Login ▼
Forgot Password?   Not Yet Registered?

MariaDB is a drop-in replacement for MySQL. The lead developer and founder of MySQL, Michael "Monty" Widenius. sold MySQL to Sun Microsystems. MariaDB is named after Monty's daughter and is becoming the new standard. MySQL btw is named after Monty's daughter "My". Almost all functionality exists in MariaDB for MySQL compatibility and includes new features and faster speed. 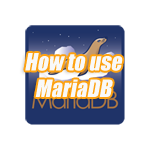 MariaDB strives to be the new choice for database users for solid and scalable SQL services. The MariaDB Foundation work's closely with the linux and Windows community of users and developers to enhance and strengthen its reliability.

If you do not know how to use MariaDB they have a great howto guide on their website:

If you run a script that requires php "register globals on" create a php.ini file and include the...

Please ensure you have added the remote IP to the allow list in your hosting control panel...

If you do not know how to use MySQL there are some great guides at the following websites....

Issues with HTTP Authentication error in PHP. Variables $_SERVER['PHP_AUTH_USER'] and...

I am having problems with a script I wrote

PHP suexec is running on all of our shared servers. If you are running code that is insecure or...

Do Not Leave Yet!

Order a year or larger term and we will transfer your site for you!

The discount is available on new client orders only.